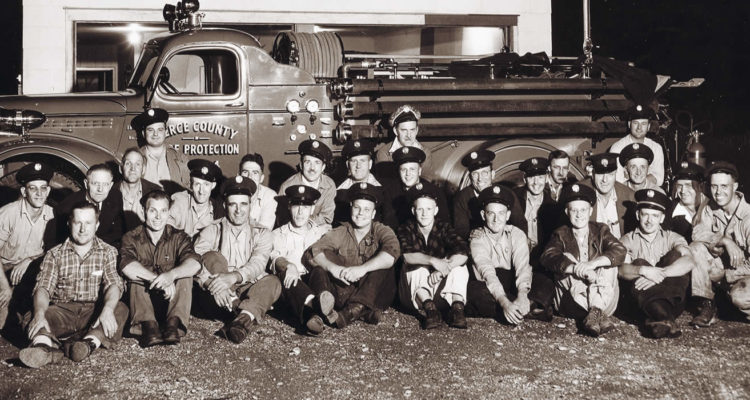 In early 1942, community leaders of Midland came up with a very novel idea of how to put together a fire department for the communities of Harvard, Midland, and Larchmont without using any taxpayer money. Instead of establishing a taxing district to pay for the new fire department, they decided to incorporate as a nonprofit organization and fund it with donations, dances, and carnivals.

By 1944 the small all volunteer Harvard, Midland, and Larchmont (HM&L) Fire Department was doing so well that Parkland area businessmen formed the Parkland Volunteer Fire Department in May of that year, incorporated it as a nonprofit organization and they to funded their new fire department by donations and dances.

Its been more than 75 years the department has been serving the community of Midland, Washington.  They have  merged with other fire departments in the surrounding area creating Central Pierce Fire & Rescue District #6.  And in April 2017 a new 8,752 square foot Fire Station #63 was opened on the corner of 97th Street East and Portland Avenue in Midland.  The location had been the Baskett Lumber site  for 65 years.

Much thanks goes to Fire Commissioner Rich Coleman who took the time to personally guide me around the new Station 63 during its construction and the few days before its opening last year.  His knowledge of the department history and Midland is amazing.